Akira Moto is a very artistic type of person, usually focusing her talents on sculpting anything from rocks to clay. She has a kind heart and a desire to make everything as pretty as she can. Her artistic ability lends itself to a few other areas such as painting or occasionally poetry but her heart is in sculpting. As a student at Infinity Institute, She hopes to blend in and not draw too much attention to herself. Having scored well on the Hero aptitude test, she's been recruited to the Hero System. A patient combatant whose approach to combat is not unlike her approach to sculpting, Akira is ready and willing to take down the enemies of the Shinjuu and be a hero!

Fu Inubozaki: Akira's Senpai and leader of the Hero Club, Fu is becoming fast becoming a friend. She does have a fair bit of respect for Fu and has no issues fighting beside her in a combat situation. Fu does sorta treat her like a student, teaching and trying to protect her.

Sayaka Miki: An acquaintance of Akira's, They met at the warehouse in the Locks and Keys 11 Scene. They have teamed up along with Mami Tomoe, and Fu Inubozaki in an effort to bring them down. Could be the start of a friendship.

Mami Tomoe: Another acquaintence of Akira's, They met at the warehouse in the Locks and Keys 11 Scene. They have teamed up along with Sayaka Miki and Fu Inubozaki in an effort to bring them down.

Kasagami Araki: Student Council Disciplinary Executive for Ohtori, Kasagami and Akira have crossed weapons and they definitely do not get along. Kasagami attempted to run her blade into Akira's throat. This was stopped by Yanari.

Sailor Centauri: A new Acquaintance from anther world, Sailor Centauri seems nice enough. It took a bit but at least Akira can talk to her without panicking so much.

Yanari: Akira's first fairy, Yanari is a purple and white fairy who looks a lot like a panda bear. Tends to be noisy and mischievous but when its time to go to work, she's all business. 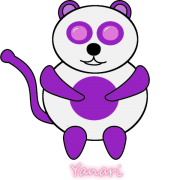