Yuna Yuki is a Hero

For the last 133 years, the Shinjuu, or World Tree, has been regularly under attack by extradimensional monsters called the Vertex. These events create an effect called Forestization, which beautifully -- if temporarily -- covers the land with spectacular flora. Were a single Vertex to touch the Shinjuu's trunk, the world would end. To prevent this, the powers of the Shinjuu can be granted to girls through a program called the Hero System, allowing them to transform into spectacular magical warriors and granting them a fairy partner; an organization called Taisha oversees their operations from a distance and provides support where they can. While this is a dream come true for would-be do-gooders, their power comes at a price, and girls in the Hero System are not shown the fine print before they sign. Are they really the Shinjuu's protectors? Or are they the Shinjuu's sacrifices? 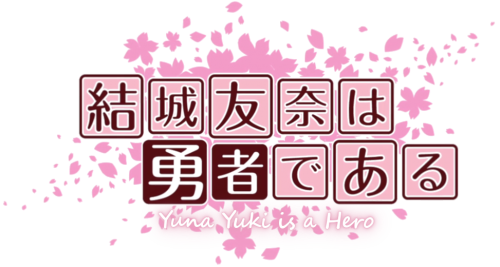 The Five Tenets of the Infinity Institute Hero Club!

There are two paths to power and usually both are used to some degree. The first is the Hero System. A test is given to young girls, by the Taisha. Those who score well on the Hero Aptitude Test are given the chance to use a special smart phone app and become a hero! The other way this can happen is for a person to make a contract with the Taisha themselves. at which point they are given access to the app and can become heroes as well!

They are big, nasty, and dangerous. These extra-dimensional creatures come in a dozen different styles and they all have the same goal. The destruction of the World Tree. It is up to the Heroes to take up arms and fight against these creatures because, The World is on the line.

These little creatures are spawned of the world tree and assist the heroes by protecting them from the most dangerous of attacks. They will always do their very best to protect the heroes and keep them alive so they can protect the Earth.