The nominal leader of the Crystal Gems seems like she's always been in charge, but in reality she's still struggling not to drown beneath the new order of things. This is hard to suss out, however, because Garnet projects cool confidence, paired with quiet but fierce passion for her duties to humanity in general and Steven Universe in particular. Also, paired with uncannily well timed straight-line delivery. It's often impossible to tell whether she's being deliberately humorous or obliviously so, but where she goes, calm and order tend to follow, and she has a knack for being at the right place at just the right time. She is distinctly yet unremarkably inhuman, impossibly tall and routinely capable of massive feats of strength and endurance. But it's only when she summons her massive gauntlets that she's truly prepared to throw down, and she does so with a sinuous fusion of brutality and grace. Though often irritable in a heavy hangs the head beneath the crown sort of way, Garnet truly furious is a rare sight -- only a few things can make her really lose her cool.

Caught a little boy in a space between worlds and destroyed a gate to the past.
Succeeded where Bilbo Baggins failed and burgled her way around a sleeping dragon.
Helped a punk rock pixie reunite with her mother.
Put the ocean back in its rightful place, but at what cost.
A family fight over an antique hand mirror unexpectedly spills out and takes waves in the local community and beyond. 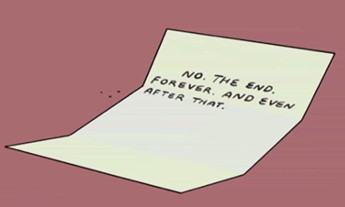 (Editor's Note: Will be added later. At this point in the plot Garnet is very secretive, even with Steven.)

There are no cutscenes on this wiki that Garnet participated in.