Hotaru is an extraordinary girl. She's lovely and precocious, prim and proper, thoughtful and quietly, marvelously kind. Unfortunately, her profound creepiness is more important to all around her. There's just something about those ice-cold eyes that sends a chill down the spine, and it's no surprise that dark rumors follow her wherever she goes. Those who get too close to her are said to suffer mysterious accidents, possibly even injury at her hands -- but the two-faced waif claims to remember none of this. The daughter of Infinity Institute's founder, she often misses school, and never comes out to play, due to her extreme frailty; she's said to have some sort of terrible disease, probably terminal. Certainly, she seems to suffer wracking seizures at the slightest provocation. How pathetic! In reality, she is the vessel for not one but two supernatural entities that, if awakened, herald the end of the world; one is her very soul, reincarnated from a lost age, while the other is an extradimensional demoness tasked with bringing about the apocalypse, with the cruelty and power to get the job done. 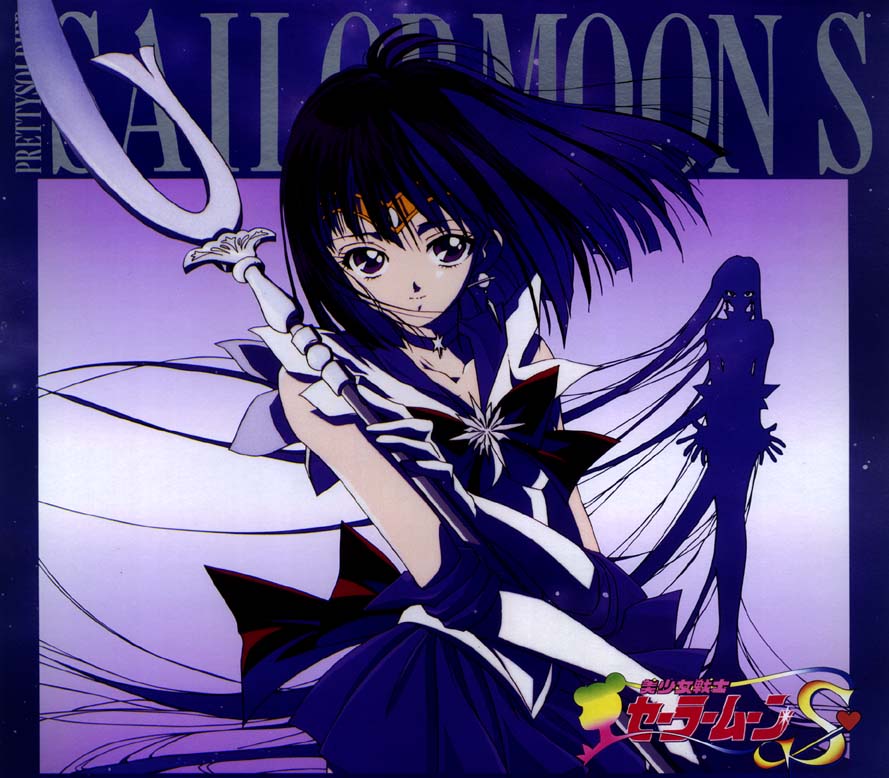 Souichi Tomoe - Hotaru loves her Papa, idolizes him even, and has no idea that he made a deal with the devil to keep them both alive. She does worry about him a lot; he works so hard. She doesn't get to see him as often as she'd like, and can be very jealous of his time when it appears. Some part of her recognizes that their relationship has changed, but she can't put her finger on why. Naturally, she suspects it's all her fault that sometimes he's a little cold and a lot strange.

Kaori Kishi/Kaolinite - Hotaru hates her father's assistant with childish passion. Kaori represents everything that went wrong; she came when Mama died, like some sort of replacement, and that alone would doom her in Hotaru's eyes. But it's more than that. Kaori is often cruel to Hotaru, and sometimes weirdly resentful, and sometimes even more weirdly... possessive. AND Kaori sees her father more often than she does. Hotaru despises all of this, and she hates the way that Kaori makes her feel silly and immature for her ill will, most of all. (Kaolinite is a very effective gaslighter, and has been trying to convince Hotaru for years that her blackouts aren't blackouts, that really she's just lying to herself and is a nasty, evil child.)

Chibi-Usa Tsukino - Chibi-Usa is Hotaru's first and most important friend, and that love is among the most powerful things in this or any world, enough to overcome even Mistress 9. To Hotaru, Chibi-Usa is an unbelievable miracle, a dream that will disappear next time she wakes up. And Hotaru's intense desire to be at her side wars with her terrible, terrible fear that -- like everyone else she's ever meaningfully befriended or gotten close to -- Chibi-Usa will wind up hurt at her hands, and she won't even remember it. Hotaru admires Chibi-Usa's energy and enthusiasm, respects her cleverness, and quietly envies her family life. As with her Papa, she can be a little jealous of Chibi-Usa's time. Although others may be kind, no one will ever replace Chibi-Usa in her heart.

Makoto Kino/Sailor Jupiter - Jupiter is the first Sailor Senshi Hotaru ever met who wasn't trying to kill her; and Makoto is among the first senpai who have ever been kind to her, and her relentless support of her friendship with Chibi-Usa helps to bolster her against her own fears and insecurities. The fact that Makoto turned out to be a friend of Chibi-Usa's family didn't surprise Hotaru at all, and she knows of no safer place in the whole universe than in Sailor Jupiter's arms.

Usagi Tsukino/Sailor Moon - Like Sailor Jupiter, Sailor Moon is determined to protect Hotaru from the Outer Senshi at seemingly all costs, and it's an agonizing thought to Hotaru that such a beautiful and important person might get hurt in her defense. She's seen the way Chibi-Usa believes in her, and after bearing witness to Sailor Moon's firm resolution, strong faith, and deep love, can't help but believe in her too. As for Usagi, she'd heard a lot of smack talk from Chibi-Usa before ever actually meeting her, but in person found her to be a little overwhelming but very, very warm. As a spectator of their relationship, she finds Chibi-Usa and Usagi to be something of an ideal loving family, warts and all.

The Outer Senshi - Sailors Uranus, Neptune and Pluto openly seek Hotaru's death, along with various allies they've recruited. Their attitudes range from grimly determined to openly apologetic, but Hotaru herself is relatively accepting of it all. Death in itself is not scary to her, but rather her oldest and most familiar companion. The idea that her (inevitable) death could save the world is almost a relief, and what dreams she has of them at night are not nightmares, but stranger things, which resonate with the deepest part of her sleeping self. She's been introduced to Setsuna Meioh as 'Chibi-Usa's oldest friend', and, knowing what she does about Chibi-Usa's origins, suspects that the woman is more than just a stylish helicopter pilot. She found Setsuna's fairly open disapproval of their friendship hurtful -- and very validating of her own fears for Chibi-Usa's safety.